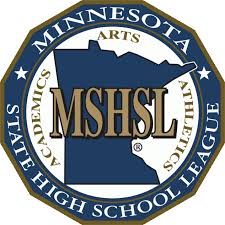 (BROOKLYN CENTER, MN) — Former Cretin-Derham Hall High School three-sport standout Joe Mauer, who would go on to become a three-time American League batting champion during a sterling professional career with the Minnesota Twins, is among 12 individuals that will be inducted into the Minnesota State High School League’s Hall of Fame. Also in the Class of 2022 is legendary Minneapolis boys basketball coach Larry McKenzie, who is the only coach to lead two different schools to consecutive state championships, and Mahtomedi’s Mindy Myhre, a multiple-time state champion gymnast that won an unprecedented and unmatched four consecutive all-around titles.

The others selected for induction are:

The Hall of Fame induction ceremony is scheduled for Sunday, April 24, 2022. Venue details and ticket information will be released by the League at a later date.

The League’s Hall of Fame opened its doors in 1991. The Class of 2022 is the 24th group to be inducted. With this class, there are now 244 members in the prestigious hall.