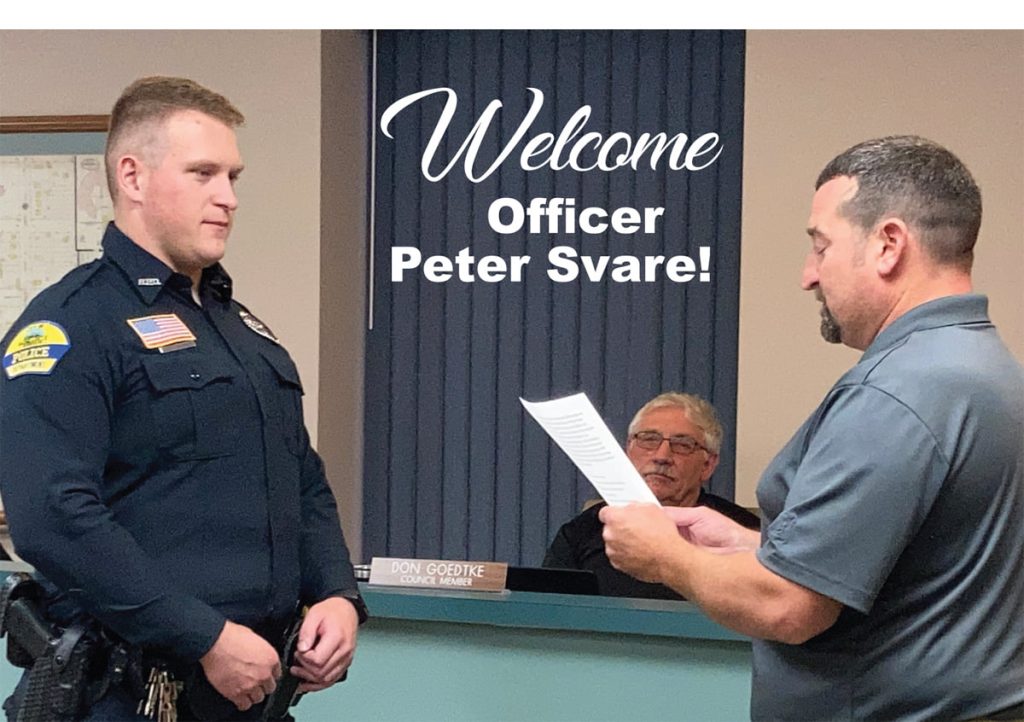 Barnesville, MN — The Barnesville City Council held their regular monthly meeting last Monday, September 13th. At the meeting, the council welcomed their newest police officer to the force. Barnesville Mayor Jason Rick says they swore in Peter Svare to the force, who will now begin his training.

While they welcomed a new officer, the city of Barnesville is still having a hard time finding candidates for their City Administrator position. Mayor Rick says if they are unable to find a quality candidate this time around they may put the search on hold for a while.

And with the addition of new water/wastewater staff, Mayor Rick says the City of Barnesville is in the market for a “new to them” pickup and is seeking the public’s help in finding one.

For more information about the vehicle requirements, visit the City of Barnesville Minnesota Government Facebook page.