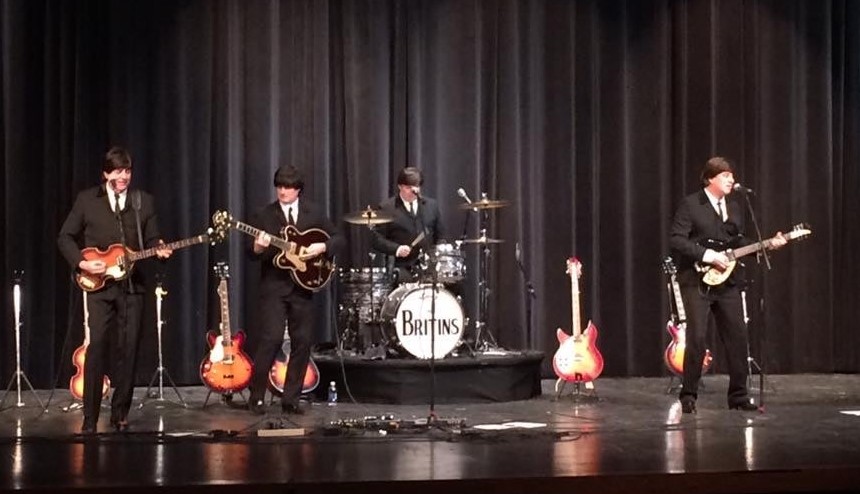 Ulen, MN — While it won’t be nearly as dramatic as when they got off the plane in February of 1964, the Top Hat Theatre has eagerly awaited the arrival of the Britins, one of the Midwest’s top tributes to the legendary Beatles. Based out of Milwaukee, The Britins had originally been scheduled to play the Top Hat in the spring of 2020, but the COVID pandemic pushed their performance back to the fall. Unfortunately, the COVID situation never improved and last year’s season was put on hold. Better late than never, the Britins finally take the stage this Saturday, September 18th in Ulen. Founding member Rick Beltoni says the idea to form a tribute bands dates back to when the Beatles first appeared on the Ed Sullivan Show.

As for what to expect from the Britins, Beltoni says this is a full-on tribute…costumes, gear, and all… featuring music from all of the Beatles albums.

Beltoni notes that there will never likely be a band as influential as the Beatles and that the impact they had on music is still being seen today.

You catch the Britins and their tribute to the Beatles this Saturday, September 18th at 7:30pm at the Barry J. Houglum Auditorium in Ulen. Doors open one hour prior. Tickets are $18 for adults or $10 for students. For ticket and event information, log on to www.thetophattheatre.com or call the Ulen-Hitterdal School.

Listen to the full interview with Rick Beltoni of the Britins below: