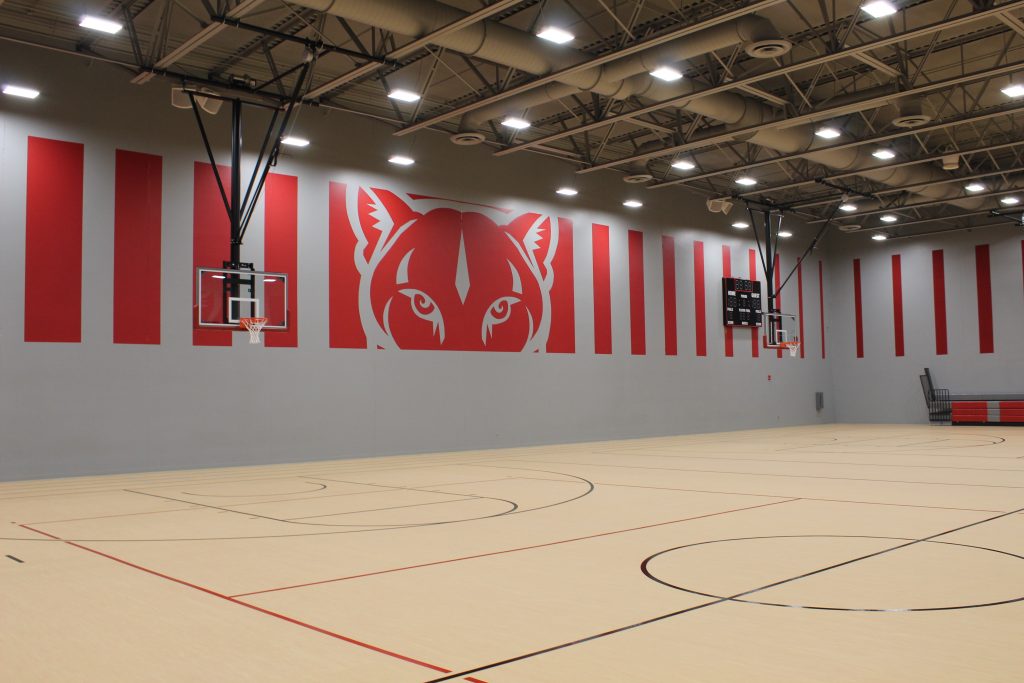 Ada, MN — The Nor-Son construction crews have been hard at work this week putting the finishing touches on the nearly $10 million Ada-Borup-West School expansion. The project included new elementary classrooms, which were completed last winter, new entrance and offices, and the multipurpose gym and locker rooms. Neil Torkelson of Nor-Son construction is the job-site Superintendent for the project.  He says with the exception of a few small punch list items, the school will be ready for students and staff when class returns to session.

This was not the first project at the Ada-Borup-West school that Torkelson has been a part of it. He says a lot of the major work done to the district in recent years has been through his crews and he hopes to be able to return again someday should the need arise.