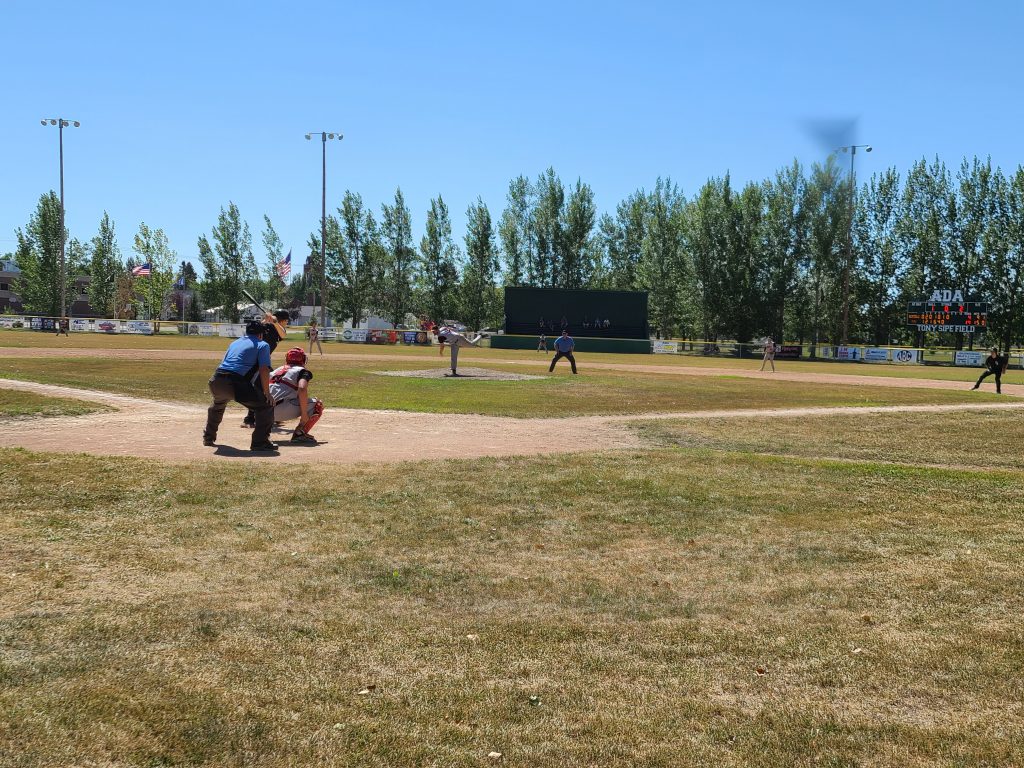 The Ada A’s came out victorious over the Bemidji Blue Ox in a seven inning championship game 14 to 4 winning the Region 10C amateur baseball title.

The A’s started things off in the bottom of the first with a single by Brett Fetting followed by Sunny Resnick’s deep right field hit RBI single.

The Blue Ox wouldn’t stand for that long with two singles knocked into mid-outfield and Turner Storm put a single to right field scoring one teammate and advancing another who would score on the throw-down to second on the next at bat. The A’s would keep the bats rolling in the second inning scoring on a few past balls thrown by the Ox to advance to 3-2 lead. The A’s would hold off Bemidji in the third and bring in one more of their own leading to a big fourth.

Only one Ox run came in but a six run fourth inning would put the A’s further ahead 10-3 with five runs batted in, including a two RBI single to center by Beau Fetting, and an error throw to second scoring the other.

After a few singles and a sacrifice fly by Ethan Opsahl, Braiden Fetting would show some muscle in the fifth with a three run homer over the right field fence to put the A’s up 14 to 3.

The Blue Ox would score one run in the top of the sixth inning on a missed tag by the A’s but Opsahl would come in to close in the seventh and keep the game short with the 10-run-rule win.

Jonas Sanders pitched six of the seven innings, 87 total pitches and three strikeouts, coming up with the win. Brenden Gillies for the Blue Ox pitching 104 in four innings with the loss.

Jonas talks about how the game felt for him.

Both the A’s and Blue Ox will go to the State Amateur Baseball Tournament being played in Waconia, Hamberg, and Chaska. The bracket will be set soon and the A’s top spot means they will likely play August 28th.