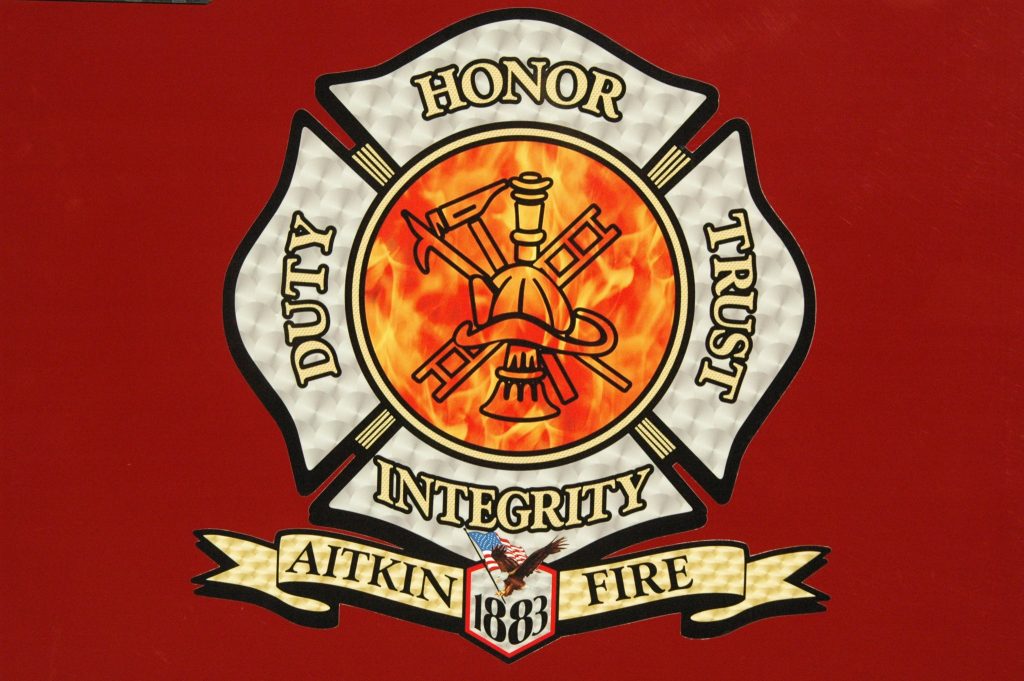 On July 25, 2021 while stationed at the Enbridge Willow River pipeline crossing, Aitkin County Sheriff Dan Guida was advised that two individuals had just climbed inside the east end of the pipe.  The pipe itself was capped at one end, which created a trapped air environment for the two people who had climbed inside.  The trapped air inside the pipe was estimated to be near 130 degrees with reduced Oxygen concentration.

A firefighter, wearing a self-contained breathing apparatus and harness, entered the pipe to attempt to remove the two people.  The Self Contained Breathing Apparatus (SCBA) allowed for 30 minutes of air in the tank.  The fire fighter reached the people in roughly 15 minutes, but they refused to exit with him and remained in the pipe with their sleeping dragon gear.  Having thus far used 20 minutes of air, the fire fighter signaled and was pulled back to safety outside the pipe.

A member of the law enforcement team then donned the SCBA gear and entered the pipe.  When he reached the two people in the pipe, he noted they were wearing respirators but were exhibiting signs of fatigue and heat stroke.  One of the two announced they had 3.5 minutes of oxygen left in their respirators.  After numerous attempts to assist them in leaving the pipe voluntarily, the SCBA signaled there was only 5 minutes of air left.  Because the people still resisted leaving the pipe, and air was running out, force was used to rig the individuals with ropes so the exterior crew could pull them out to safety.

Upon exit, both parties were treated by an ambulance crew for abrasions sustained by contact with the pipe and oxygen and heat related issues.  Once stabilized, Amory Lei Zhou-Kourvo, 21, of Ann Arbor Michigan, and Madeline Olivia Bayzaee, 20, of Northfield Minnesota, were taken into custody.  After being cleared by the medical professionals, they have been booked into the Aitkin County Adult Detention Center.  The matter has been turned over to the Aitkin County Attorney’s Office for charging.