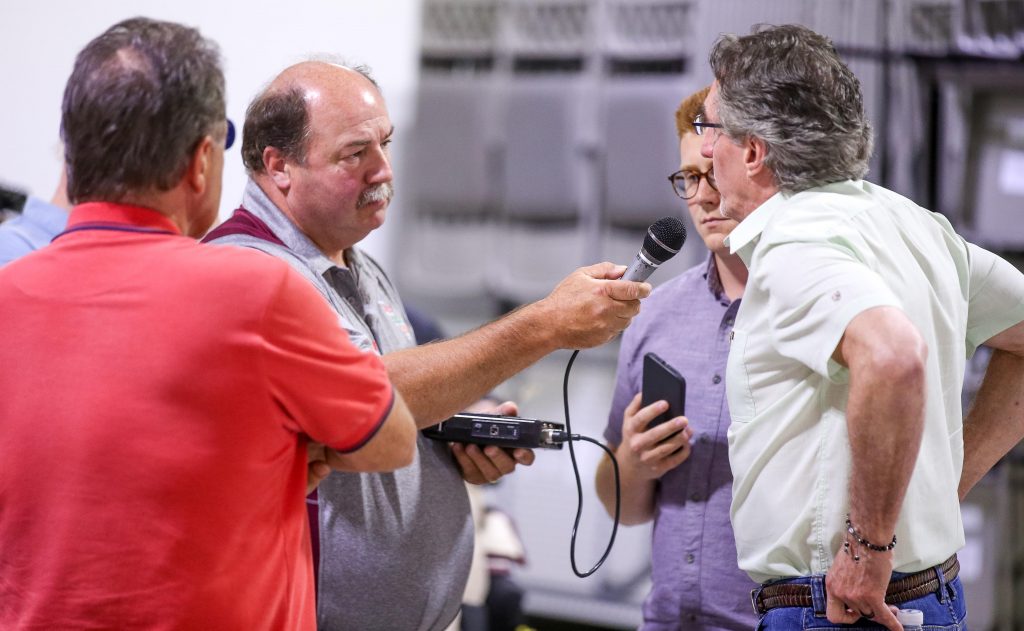 Portland, ND — North Dakota Governor Doug Burgum made a visit to the Norsemen Hall in Portland, ND on Wednesday evening for a “Pizza in the Park” event. The meet and greet allowed constituents the chance to visit with the Governor as well as the District 20 legislators, including Senator Randy Lemm and Representatives Mike Beltz and Jared Hagert. Governor Burgum spoke about drought concerns, border issues, workforce needs, and more.

Regarding the boarder, the Governor mentioned the need to shut down illegal activity at the southern border, but also the need to reopen the border to the north. Burgum believes it is safe to do so and can spur economic activity for both sides.

Governor Burgum also spoke about concerns with filling jobs in a number of growing industries across the state. He mentioned that they need to continue to make more investments in the education system to prepare younger generations for future jobs.

The Republican Governor recently met with two dozen other Republican Governors from across the US to share thoughts and concerns regarding their states and the nation as a whole. A common concern amongst all the Governors, according to Burgum, was the red-tape and overcontrol of the Biden Administration making it difficult for states like North Dakota to excel.