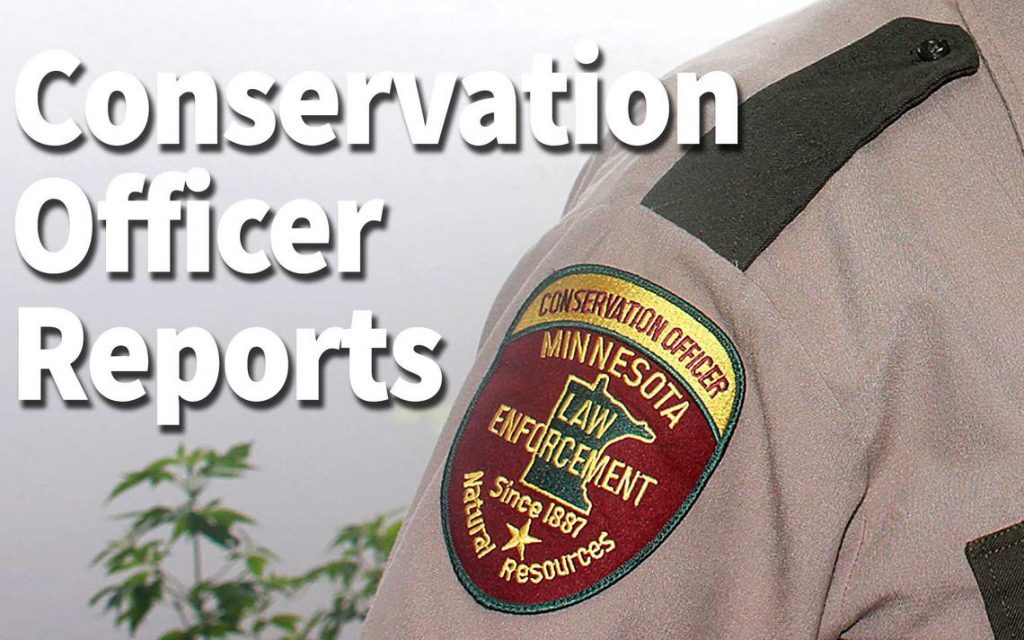 CO Amber Ladd (Aitkin) followed up on a complaint where an angler decided to launch his boat from his truck by backing over the posts at a carry-in access only. While out on the lake, the angler also decided to help himself to some fishing poles that were in another person?s boat parked at their dock. Unfortunately for this angler, several lakeshore owners keep a watchful eye and were able to get good photos for Enforcement to follow up on.

CO Tony Flerlage (Crosby) attended the funeral for retired CO Joyce Kuske. She is missed. He also rode the bike trails in Cuyuna Country State Recreation Area. While he was going downhill, he came upon another biker going the wrong way towards him. Good brakes avoided a head-on crash and the biker was informed of the importance of following the one-way-only trail signs. Flerlage also worked the DNR booth at the Aitkin County Fair. It was great to talk with people coming through, especially the kids identifying the fish and furs on display. He also patrolled the ATV trails, finding moderate use.