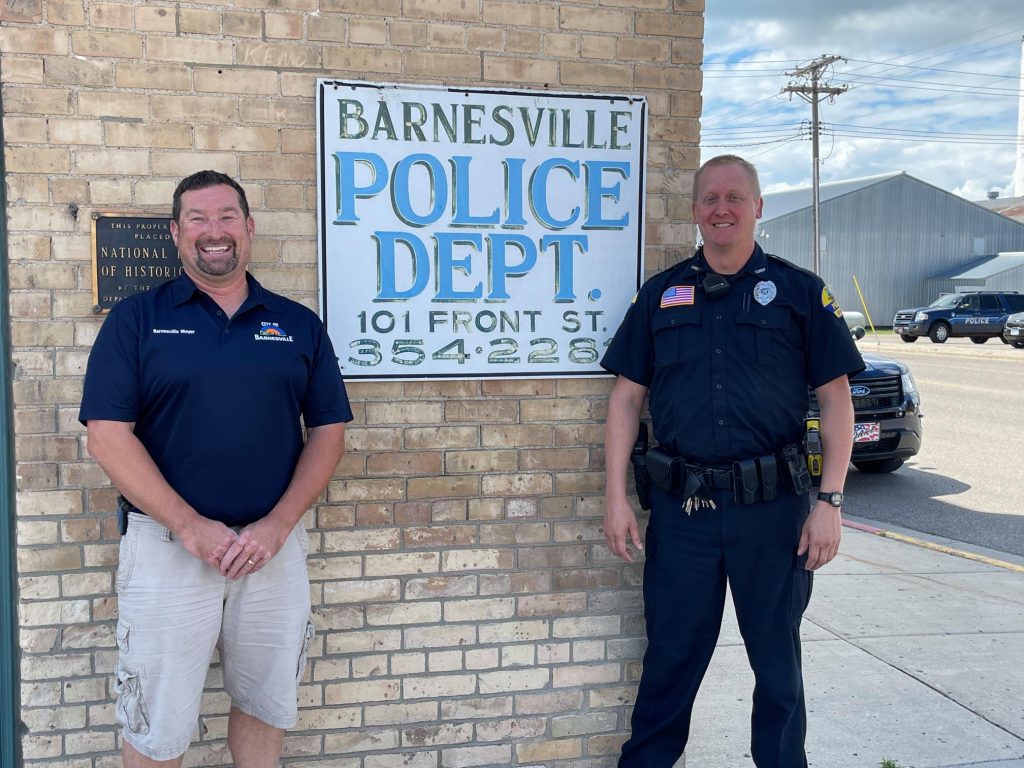 The city of Barnesville also broke ground on the new $1 million Firehall Municipal Liquor Store recently, according to Mayor Rick.

The new Firehall Muncipal Liquor Store is being constructed on the corner of Highway 9 and Clay County Highway 2.

Mayor Rick also alerted Barnesville residents through a video on the city Facebook page that they may be able to save money on their home insurance because of an improvement to the city’s ISO rating.

And Mayor Rick was happy to report that Blue Eagle Lake has been a very busy spot this summer for residents and out of town visitors.

The search for a new City Administrator is continuing. The Barnesville City Council has narrowed down their list to 3 candidates and plans to have a special meeting at the end of July to hopefully select a candidate.