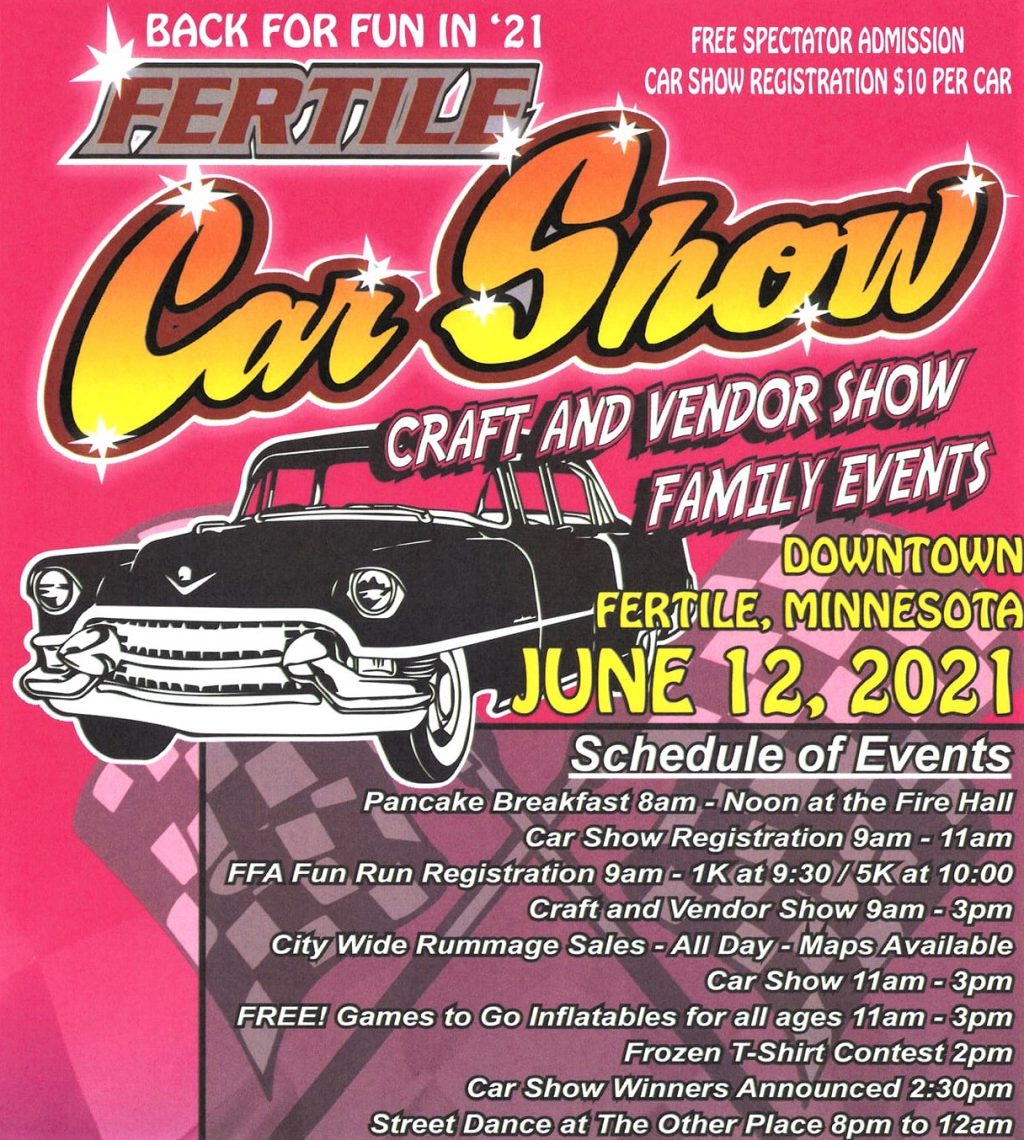 Fertile, MN — The City of Fertile welcomes hot rods, muscle cars, street trucks, and custom and classic cars of all shapes, sizes, and years to town this Saturday, June 12th for their Fertile Car Show and Street Fair. More than just a car show, the Fertile Community Club also offers a pancake breakfast at the fire hall throughout the morning hours, FFA fun run beginning at 9am, craft fair, city wide rummage sale, Games to Go Inflatables for the kids, and a street dance in the evening at The Other Place. To add to the fun as well, Lisa Liden of the Fertile Community Club says they’re encouraging car show participants to dress up in “period-correct” costumes to match their car.

Registration for the show begins at 9am and the cost is $10 per car. Awards will be handed out at the of car show as well, but Liden notes that they like to mix up the awards each year and keep them unique.

And an annual occurrence for the Fertile Car Show is the Frozen T-shirt Contest. Liden says it’s a fun contest that is harder to conquer than most people think.

Car Show participants can preregister if they would like online via the city website, www.cityoffertile.org. The annual Fertile Car Show is this Saturday, June 12th.