Norman-Mahnomen Public Health Discusses the Next Priority Group for Vaccinations 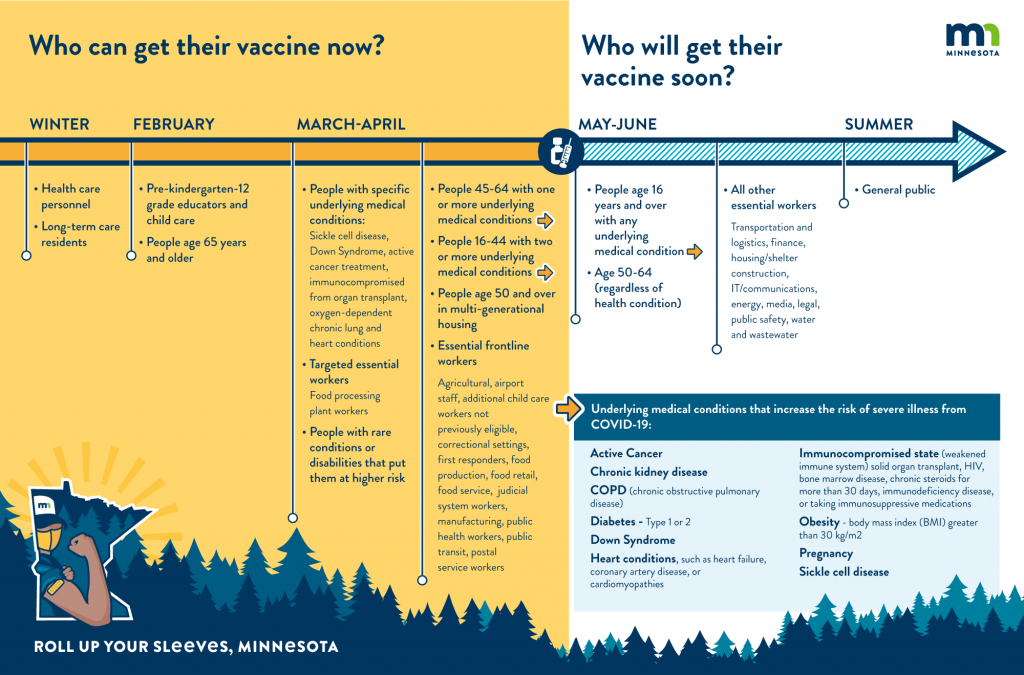 Ada, MN — The announcement this week that eligibility for the COVID-19 vaccine is expanding to the next two tiers comes at an ideal time for local public health officials. According to Director Sarah Kjono, Norman-Mahnomen Public Health has already exhausted their list of those in the first priority group and have already begun vaccinating those next in-line.  Those next to receive the vaccine are in the Phase 1B, Tier 2 priority group, which includes those over the age of 18 with active cancer treatment, oxygen dependent chronic heart or lung conditions, sickle cell disease, and down syndrome. However, because that represents such a small part of the population most in that group have already been offered the vaccine locally. Kjono says that allows Public Health to get a jump start on the next group, where she feels will impact a significantly larger population.

As Kjono mentioned, those 45 and older with one or more underlying health conditions with be included in the latest priority group. The qualifying underlying medical conditions include a wide range of items, such as heart conditions, diabetes, and even obesity.

If you are in the next priority group and would like the vaccine, please contact Norman-Mahnomen Public Health at 218-784-5425 and leave a message if there is no answer.

It is estimated that between 80% and 90% of the Norman County population over the age 65 have received at least the first dose of the vaccine. Kjono says that provides some peace of mind that even if there are more outbreaks, the most vulnerable populations will be protected.

Norman and Mahnomen Counties continue to be well ahead of the state average for vaccination rates with 31% and 37% respectively. However, Kjono indicated that there are several hundred people unaccounted for in the vaccine data for Norman County, so their percentage may actually be even higher.