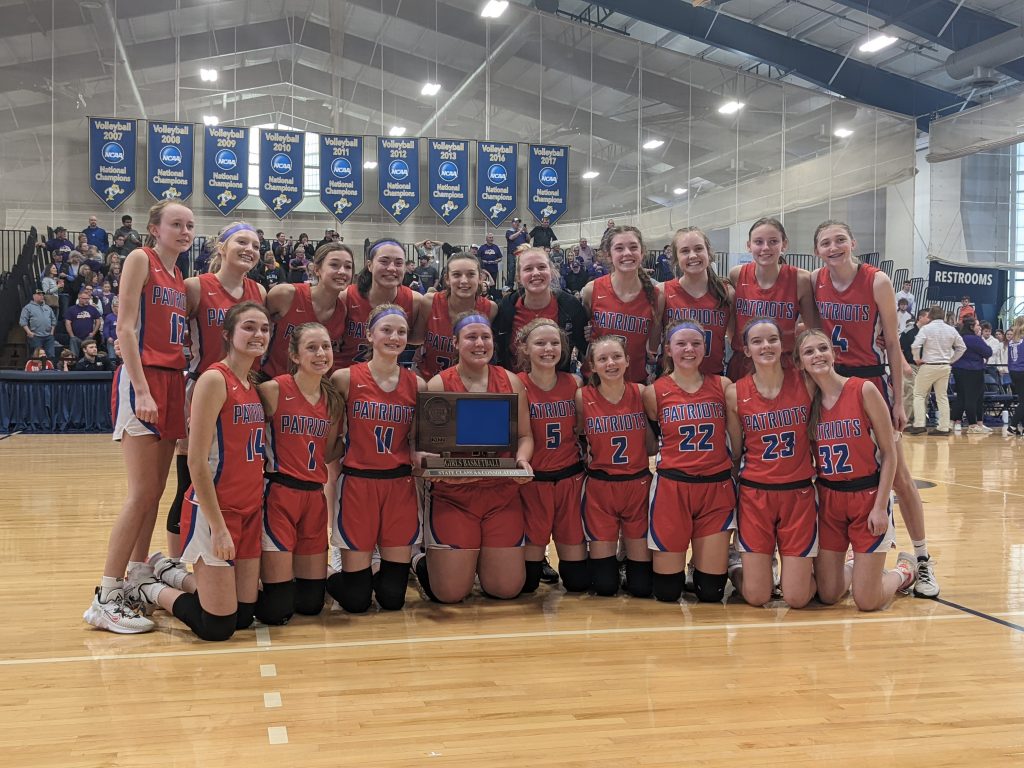 The Pequot Lakes Patriots girls’ basketball team accomplished something only 12 teams in the state achieve. They finished their ’21-’22 season with a victory, by defeating Montevideo in the State Class AA Consolation Championship.

The first half battle was fierce, featuring eleven lead changes. Pequot Lakes led by as many as nine after a 12-2 run had them up 21-12. Montevideo stormed back with ten straight points to regain the lead, and took a 25-23 lead into the locker room.

Pequot Lakes come out in the second half blazing with a 12-3 run to go up 35-28. The Thunder Hawks quickly cut the lead to two, and the Patriots responded with an 11-3 run to push the lead back up to thirteen at 52-39. Montevideo tried to put together one more rally attempt, scoring the next five to cut the lead to 52-44 with about five minutes to go, but the Patriots would close the door by scoring the final eight points of the game.

Pequot Lakes finishes as AA Consolation Champions at 31-2 and will graduate four seniors from this year’s team.

Montevideo, with their school’s first state tournament appearance, finished the year at 26-5.

Both teams only had scoring from their five starters.