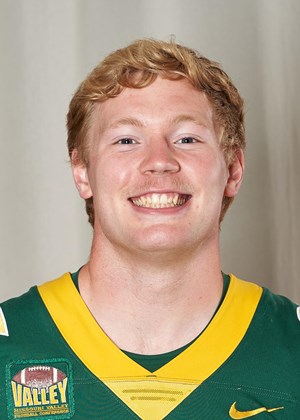 (BRAINERD, MN) — The North Dakota State Bison got their season underway last week with a 28-6 win over Albany, and are once again on the short list of contenders for the FCS National Championship. This week, we spoke with a member of the Bison and Crosby-Ironton football alum (class of 2017), Noah Gindorff, to catch up with him and talk about his experience there.

Gindorff first highlighted what he’s excited about the most this season.

Gindorff is in his redshirt senior season, and talked about his overall experience in the NDSU program over the last 5 years.

Playing for a program like NDSU means dealing with high expectations, both from an individual and team standpoint, so Gindorff talked about managing those expectations.

When asked to pinpoint what his favorite moment has been as a Bison, he had this to say.

Gindorff then divulged what his goals are for this year and beyond, mentioning the prospects of playing at the next level.

We thank Noah Gindorff for his time. Our full conversation with him may be found below.