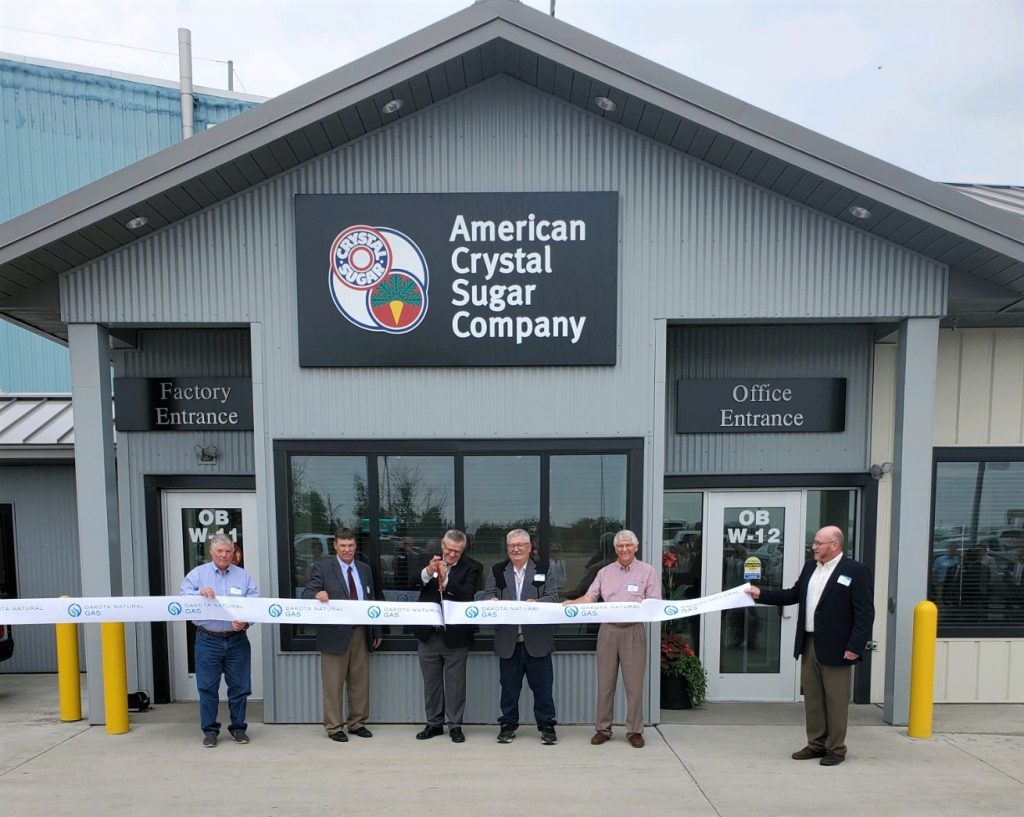 Hillsboro, ND — Dakota Natural Gas, LLC, along with American Crystal Sugar Company and the Traill County Economic Development Commission held a ceremonial ribbon-cutting and reception on Thursday to kick off the introduction of natural gas availability to American Crystal Sugar north of Hillsboro and the cities of Hillsboro and Mayville, ND. On hand for this significant included North Dakota Lt. Governor Brent Sanford, Congressman Kelly Armstrong, and several other representatives from Senator John Hoeven and Senator Kevin Cramer’s office.

Both the Lt. Governor and Representative Armstrong grew up in western North Dakota, where natural gas was much more prevalent. Lt. Governor Sanford this is a significant investment for Traill County.

Congressman Kelly Armstrong says major infrastructure projects such as this one mean way more rural communities than many of the politicians will ever understand.

David Mueller, board chair of American Crystal Sugar, said the project has been a collaborative effort from the start.

Greg Palmer is the CEO of Dakota Natural Gas

The $8.5 million project broke ground in fall 2020, with crews installing 70 miles of pipe that extended from the Viking Gas Pipeline in western Minnesota. The project is the first time that natural gas will be made available to residents in Traill County. Along with American Crystal, more than 550 customers have signed up for natural gas services in Hillsboro and Mayville.