One Vehicle Rollover Near Twin Valley 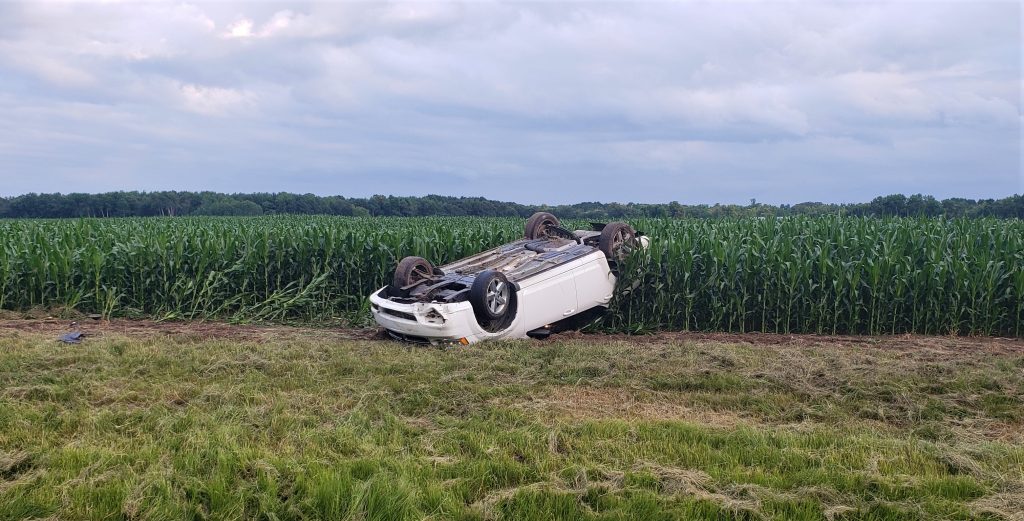 Twin Valley, MN –Local law enforcement and first responders responded to a one-vehicle rollover near Twin Valley on Tuesday night. The incident happened shortly before 8pm on County Road 29, two miles northeast of town. According to witnesses, a white Dodge Avenger was traveling westbound at a high rate of speed on County Road 29 when the driver veered off the road just as they were approaching a curve. It appears the vehicle then slid sideways across the road into the southbound ditch and rolled onto its roof in a corn field. The driver and passenger, both juvenile females, were wearing their seatbelts and appeared to suffer only minor injuries. The Norman County Sheriff’s Office, Twin Valley Police, Twin Valley Fire & Rescue, and Norman County EMS all responded.