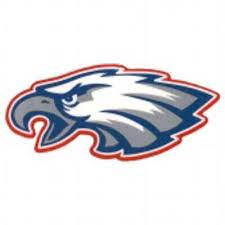 (PEQUOT LAKES, MN) — Last week, it was announced that the superintendent of Pequot Lakes Schools, Chris Lindholm, would be resigning his position and taking up a similar position in Cook County. Though Lindholm described the job in Cook County as “a dream position,” the move notably comes on the heels of a controversy surrounding a video that features his narration and discussion of the SEED project. The video, Lindholm would state in an apology during a school board meeting, was not meant to be released to the public, and was intended to be a part of a series of videos for the SEED project for an event in February, but it was leaked and resulted in public outcry and controversy. As part of the fallout, a private Facebook group called “Parents for Pequot United” was formed, consisting of over 400 members, primarily parents with a negative opinion on the SEED Project. We spoke with Mariah Hines, the organizer of Parents for Pequot United, as well as Jessica Scott, another concerned member of the Pequot Lakes community, to hear their thoughts; we then spoke with outgoing superintendent Chris Lindholm to get his thoughts.

Hines first explained the reasoning behind the creation of the “Parents for Pequot United” group, citing a lack of transparency from the school board as a primary reason.

Scott mentioned that the partnership between Pequot Lakes and the SEED Project had been public but stressed that most of the discussion surrounding it was kept to the school board.

Hines then spoke about the SEED Project itself and what she found when looking into it.

The SEED (Seeking Educational Equity and Diversity) Project was indeed motivated by “White Privilege: Unpacking the Invisible Knapsack,” by Peggy McIntosh, an article first published in Peace and Freedom Magazine in 1989. The article does not contain a passage that suggests “we should be taught that we are oppressors because we are white,” though it does routinely discuss “unacknowledged privilege” and “unearned advantages.” McIntosh, at the top of her notes, proposed that “My work is not about blame, shame, guilt, or whether one is a ‘nice person.’ It’s about observing, realizing, thinking systemically and personally.”

When asked about the SEED Project, Lindholm defended it as a “wonderful program” and explained how the last several years have gone with its inclusion in Pequot Lakes schooling.

Regarding the SEED Project website, Scott chimed in by suggesting that it had been altered during this saga, and went on to say that Pequot Lakes is one of the only schools in the area to work with the SEED Project.

Accessing copies of the about pages of the SEED Project from April of this year and comparing them to the current copies did not reveal any changes made to those pages, though it is possible that Scott was referring to another page.

Our conversation with Hines and Scott moved on to the topic of how the Pequot Lakes School Board has handled this controversy.

In Lindholm’s initial apology, his words echoed what Hines said: “I personally did not intend for the video to be shared beyond the target audience of the actual presentation event in February, but it ended up being shared by others. For my misunderstanding about that, I am very, very sorry.” Additionally, the school board’s preliminary summary of the results from the survey sent out to the community indeed stated that “the majority of respondents were in support of teachers having the opportunity to participate in the SEED professional development course.” Scott added her input, stating that between personal anecdotes, the number of parents in the Facebook group, and the number of responses generated by the survey, things just weren’t adding up.

When asked about the reasoning behind the school board’s refusal to allow public comments at board meetings and the fact that the survey results have not been released in their exact form, Lindholm explained that there were various legal hurdles to be cleared, but they would be released as soon as they were, in fact, cleared.

As of this writing, it remains that no exact summary of the survey has been released.

Lindholm also responded to allegations that the reasoning behind the introduction of the SEED Project to the Pequot Lakes community was based on the idea that the community was, in Hines’ words, “a bunch of bigots and racists,” suggesting that prejudice based on race in addition to a wide range of other factors is an issue worldwide and is not limited to the Pequot Lakes community.

Toward the end of our conversation, Hines talked about what the consensus in the Facebook group was with regard to which steps need to be taken from here.

As for the school board, Lindholm was complimentary on the level of transparency that has been provided throughout this process.

We thank Mariah Hines, Jessica Scott, and Chris Lindholm for their time. Our full conversations with them can be found below, and the website for Pequot Lakes Schools can be found here.