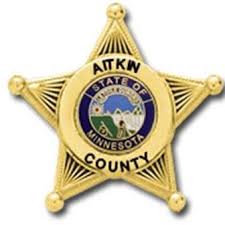 On October 4, 2019, upon location of missing person Michelle Mae’s 2004 Jeep Liberty, investigation and searches began.  Mae’s vehicle was transported to the BCA for processing.

During the investigation of the missing person, on October 5, 2019, Joshua Emil Karjala, 34, of Swatara, was arrested for Probation Violation and is currently in custody.

Over the course of the following 10 days numerous agencies participated in daily ground searches and K-9 searches in a 5 mile radius of the location where the vehicle was recovered.  Drone searches and water searches were conducted.  Search warrants were issued for cell account data.  In addition, search warrants were executed at a rural private property near Swatara.

On October 15, 2019, while executing a search warrant at the residence of Joshua Karjala, the body of Michelle Mary Mae was located.  Mae had been missing since October 3, 2019.  Mae was transported to the Ramsey County Medical Examiner for autopsy.  On October 16, 2019, the Ramsey County Medical Examiner determined Mae’s manner of death to be homicide.

On Thursday, November 7, 2019, in District Court of the 9th Judicial District, Aitkin County, Joshua Emil Karjala was arraigned on one count of Felony Murder in the 2nd Degree in the strangulation death of Michelle Mary Mae.  The Honorable Judge David F. Hermerding set unconditional bail in the amount of $5,000,000 or conditional release in the amount of $2,000,000 bond and $500,000 cash bail.

Jury trial for Joshua Emil Karjala was set to begin June 14, 2021, however, on April 15, 2021, Karjala pleaded guilty to Count II in the Amended Complaint:  Felony Murder in the 2nd Degree – Unintentional.  The charge is described as:  cause the death of a human being without intent to effect the death of any person, while committing or attempting to commit a felony offense other than criminal sexual conduct in the first or second degree with force or a drive-by shooting, to wit:  Assault 3rd Degree, carrying a 330 month sentence.  Karjala’s sentencing hearing will be in June.